I really don't have anything to blog about today....just wanted all of you to see the face lift that I gave to my blog.....what do you think? I kind of like it! See what happens when you're ADHD starts kicking in when you're suffering a bout of writers block....you become creative in different ways!

Hmm....on second thought maybe I do have something to blog about - The Smut Factor! I was chatting with another author friend of mine today about you guessed it - writing those "steamy" scenes! Now, I will be the first one to admit, I love reading them....stink at writing them! Maybe it's because that little voice inside my head (I only have one of them. On a bad day maybe three....kidding!) is telling me "your mother will be reading this!" or  my grandmother's famous saying, "What would the nun's think?" is always etched into my mind.  I will say I did step up my smuttiness (if that's even a word) from The Exception to The Rule to An Unplanned Lesson. My face was pure red when an older woman that I work with told me be she had to go to bed because she was so tired after one particular scene from An Unplanned Lesson. I think I've even upped the smut factor another level in the novel that I'm currently working on....but I still like to keep it tasteful. So I guess my question is..... how do you like your smut?


I think I'm a number two with a little bit of three. Don't be embarrassed to admit you're a number one. Embrace you inner smut Goddess and say it proudly: 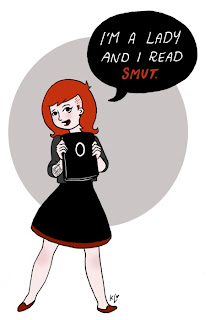 Okay, for someone who had nothing to say, I sure said a lot! I should get back to my book....I'm feeling some good inspiration coming on!! Have a great night :)
Posted by BethRinyu at 4:36 PM
Email ThisBlogThis!Share to TwitterShare to FacebookShare to Pinterest
Labels: An Unplanned Lesson, Beth Rinyu, The Exception To The Rule