The People We Meet Along The Way Is Live!!

I can't believe the day is finally here, the day I get to share my latest set of characters with all of you. It's so special and personal for a writer to be able to do this. For months, maybe even years, these characters or friends (as they become known as by their creators) only exist on the screen of their computers and in their hearts. They spend good days and bad days with them. When they want to escape from reality they know that all they have to do is open their laptop and they're there waiting, like an old friend putting on a cup of tea or that warm soft blanket not the back of the couch on a cold dreary day. On release day we share these new friends with the rest of the world, and just like in life, some people may like them the moment they first meet them, some people may need a little time to warm up to them, and some people may just not get them at all. I'm hoping all of you take a chance on getting to know them because I think they're pretty great (even if I am being a bit biased). I hope their story pulls you in and temporarily erases all of the craziness of the real wold we live in.

That's all any author can hope for!

“What if those cracks aren’t really mistakes we made in life but instead something else?”...
“What do you see them as?” he asked.
“People. The smaller ones are people who have come and gone in our life, the bigger ones are people we’ve known for a long time, and the ones that are just beginning to form are the people we’ve just met. All of them intersect in some way or another, shaping us into who we are, giving the flowers amongst them the foundation to change and grow.” 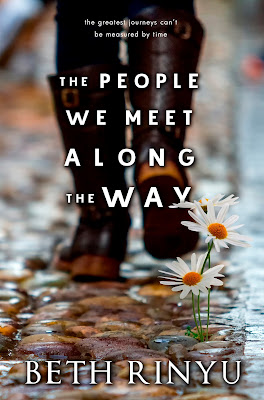 Posted by BethRinyu at 2:23 AM No comments:
Email ThisBlogThis!Share to TwitterShare to FacebookShare to Pinterest
Labels: kindle unlimited, New Release, one click, release day, The People We Meet Along the Way

The worst time for a writer is when they're stuck. It's that time when they have a story brewing in their mind, but they haven't ironed out all the details. Major missing pieces and plot holes invade every crevice of their brain. No matter how hard they try to to make the story jive, it just doesn't seem to work. It's like putting a square peg into a round hole. Every author knows exactly what I'm talking about. I have an idea for a story that I know could be great if I could just find those missing pieces. I'm dying to create new characters, new places, and new stories, but I know I can't until I could fill in the blanks. So, I'm not going to stress because I know it will come to me when I least expect it. Maybe while I'm walking through the woods, maybe while I'm people watching or maybe as I'm lying in bed just before those last few moments of consciousness give way to sleep. I think it might be our subconscious telling our wandering minds to rest a bit. Take in reality before escaping to a fictional world. But quite honestly, can you think of any other time than now to flee from reality? So for now, I'm going to lose myself in other writer's fictional worlds by reading or shall I say...listening (I'm an audiobook junkie) and hopefully I'll find those missing pieces I'm looking for along the way! 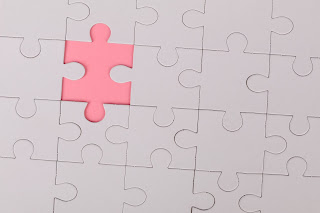 It's the Unofficial End of Summer

Labor Day (The first Monday in September here in the U.S) has always been the end of summer for me even though the calendar says differently. Ever since I was a child, it always marked "Back to School" because it was the last day of summer vacation as we'd always go back the day after. I remember falling asleep or at least trying to at night, tossing and turning in anticipation, a mixture of excitement and nerves for what would await the next day. Sadly, now with the virus still running rampant, most kids will be going to bed tonight and not know the restless sea of emotions that comes the night before the first day of school. Not that I'd want to go back and relive that time of uncertainty...Will I least have one friend in my lunch period to sit with? What if I forget my locker combination? What if I totally hate my teacher? These all seem like such trivial worries now as an adult, but as a kid, they were HUGE. Ones that every child should experience because in a weird way, it helped me cope with bigger matters and more important situations as an adult. I know that every uphill battle, every embarrassment, every letdown, and every shred of self-doubt as child helped mold me and make into stronger person. It's something all kids need to face and overcome on their own. I look at how much has changed since I was a child, and I'm so thankful I grew up when I did. A time before cell phones and social media. A time when Pac Man and Frogger on a tiny television were all the rage. A time when hearing your favorite song being played on the radio was a treat because we didn't have the instant gratification of downloading it. There's something to be said for "less is more" because I wouldn't trade any of that for the world.

Here's to hoping all the kids have a great and healthy school year, wether it be virtually or in person! Now that I'm out of school and so are my kids, Labor Day will mark the start of something different, cooler nights, changing leaves, and pumpkin spice! The best part of all...I can still sneak a little bit of summer in by hitting the beach during the best month of all here on the east coast...September.  The crowds are gone, the water is at its warmest, and the afternoons are some of the most beautiful!

Just like a new chapter in a book, things change and evolve as it goes on, but those changes aren't possible or even triumphant without a little struggle to get there. 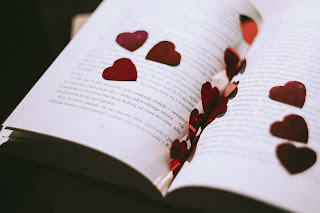 Posted by BethRinyu at 5:47 AM No comments:
Email ThisBlogThis!Share to TwitterShare to FacebookShare to Pinterest
Labels: 80's childhood, autumn, back to school, end of summer, Labor Day, September

It's hard to believe The People We Meet Along The Way will be releasing in exactly two weeks. I remember when I first announced it, it seemed like September was so far away, and here we are! Time flies! Have you pre-ordered your copy?

Beth Rinyu has outdone herself with this book. The way she described every part of her European journey made me feel like I was there with them. The intricate details were so well done. And the story was perfectly written. A must read!!!

~ Three Chicks and their Books

This was a beautiful story full of every emotion you could imagine. Heartbreak, anger, joy, laughter. Secrets are discovered, lies are told and journeys are taken. Life is beautiful and the people you meet along the way are really what make life the journey that it is.

"I knew that feeling all too well, battling in unison with the lump in your throat and the burning in your eyes. Hoping the dam wouldn’t break and expose how badly your heart was breaking inside. It was like a fragile mirror into your soul, one that you tried desperately to prevent others from looking into. One that could be shattered into a million pieces at any time, taking everything that was seen on the other side along with it by exposing every last bit of your emotions." 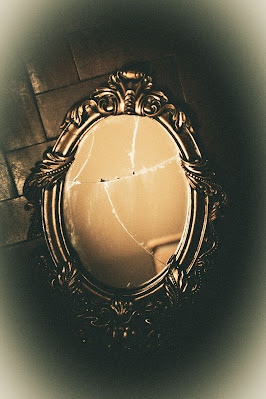