It's Release Day Eve! Instead of Santa coming and leaving presents under the Christmas tree, I'm going to give a sneak peek at Chapter 1 of Keepin' the Faith! Hope you all enjoy it! Pre-order now and it will be on your Kindle at midnight. 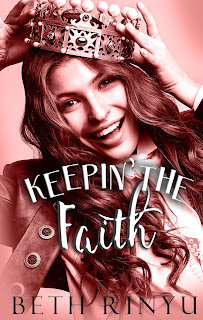