Extended Prologue to A Cry for Hope

Those of you that have read An Unplanned Life may have read the short little prologue to A Cry for Hope in the back. I have since added to it and felt that it was only fair to post it in it's entirety. So here it is:

* The following is copyrighted material and subject to change (unedited) 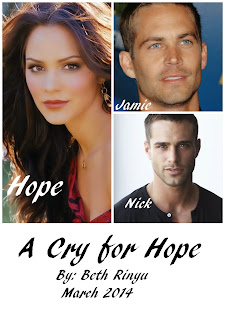 Posted by BethRinyu at 5:39 AM
Email ThisBlogThis!Share to TwitterShare to FacebookShare to Pinterest
Labels: A Cry for Hope, Beth Rinyu