I will never forget taking a trip to the mall when my boys were about six-months old and being a approached by an older woman who told me all about her twin boys, who were at the time forty-years-old.  When I asked her if her boys were identical her response was “identically ornery!”

I looked down at my two little chubby cheeked babies in the stroller  and thought – my boys will never be ornery!  All I can say is….boy did I have a lot to learn!!  Now at fifteen-years-old and over six feet tall, they are far from those tiny little angelic cherubs who could do no wrong.  There  are days when I literally want to run off to an island all by myself, dig a hole and crawl into it to avoid the humiliation that they sometime cause me, sell them to the highest bidder, the lowest bidder, the UPS man….whoever! There have been many occasions where I've lost my voice from screaming at them, chased after them with a wooden spoon and threatened to go into school and embarrass them in front of all their friends – Carol Brady I am not! But I love my boys more than anything and no matter how angry they make me over the stunts that they pull, I always find laughter a few days later when I’m telling my family, friends or co-workers of their escapades. Even now they still cease to amaze me with some of the antics they pull!  Over the years everyone kept telling me to write all this stuff down.  So, I did and here a just a very select few sampling's of their Dennis the Menace tales that are fit to print:

My son Aidan idolized Woody from Toy Story. He would carry his Woody doll everywhere.  One day while food shopping, he came across a bottle of Johnson Baby Shampoo that had Woody as the lid.  I knew there was no way that I was going to get away without buying it, so I let him hold it while he sat in the front of the cart and I shopped. As we were coming up one aisle headed toward the meat case, I looked on in horror as the meat man who was carrying a tray of meat went falling to the ground as his tray of meat went everywhere. Underneath his feet......a trail of baby shampoo!

The first time my boys met my now husband, they were five-years-old. We went out to dinner and unbeknownst to me they had their cap guns in their pocket.  Imagine my surprise and everyone else's in the restaurant, when the cap guns started going off in the middle of dinner. A bigger surprise was when my husband actually asked me out for another date!

Fruit By The Foot Dealers

When my boys were in the 3rd grade, a letter went home notifying parents that sugary snacks were no longer allowed in school.  So what did my two little Donald Trumps do? Smuggled in Fruit by the Foots and sold them for $3.00 a pop!

The all-time best was when they were going through their construction worker phase and proceeded to dump piles and piles of dirt in their Pop-Pop's truck while he was supposed to be babysitting them, but chose to snooze in front of the TV instead.


Oh, there are many, many more stories where those came from. But since I'm not in the mood to embarrass them to badly today, I will stop right here and leave those for another day!

The bigger they get, the bigger the mischief they get into!  I guess I am lucky to have just found my very first grey hair just the other day, seems to me I should have started with those years ago!  I know that years from now I will miss these days, but for now I will just hold my breath, say a prayer and hope to get through the next few years fairly unscathed! My wish for them is to have a girl who adores their mother and won’t put up with their nonsense! Who would have thought that my worst fear when I found out I was having boys would now become my biggest hope for them – DAUGHTER IN LAWS!!

So as their punishment continues for their latest escapade, I'm enjoying taking advantage of the free labor around the house.  So as we part today, I will leave you with a picture of……the good son! 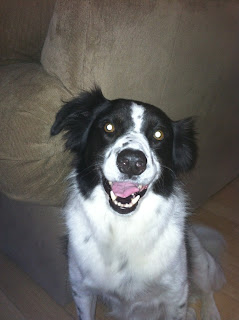 Posted by BethRinyu at 3:21 AM
Email ThisBlogThis!Share to TwitterShare to FacebookShare to Pinterest
Labels: raising boys, twins