I'LL BE SEEING YOU - PROLOGUE & CHAPTER 1 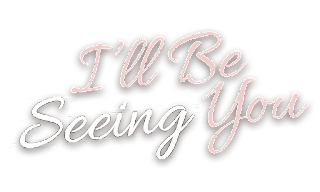 In that moment he saw his past, present, and future, and she was all three. Without her there was no future. He promised her forever and if this was their forever then he was willing to accept that fate. Lying down beside her as the flames closed in on them, he took her hand and moved it to his lips.
“Please don’t do this,” she cried. “You have your whole life to live. Please live it for me…for us.”
“I can’t, and I won’t. You're my life and without you my life is nothing.” He placed his fingertips over her lips when she went to protest again. Pulling her closer, he wrapped his arms around her in the final minutes of their lives.
Her voice diminished to a meager whisper, each word taking every ounce of energy she had left. “Someday. Not in this lifetime, but someday, I’ll be seeing you.”